What do businesses look for in an accountant? 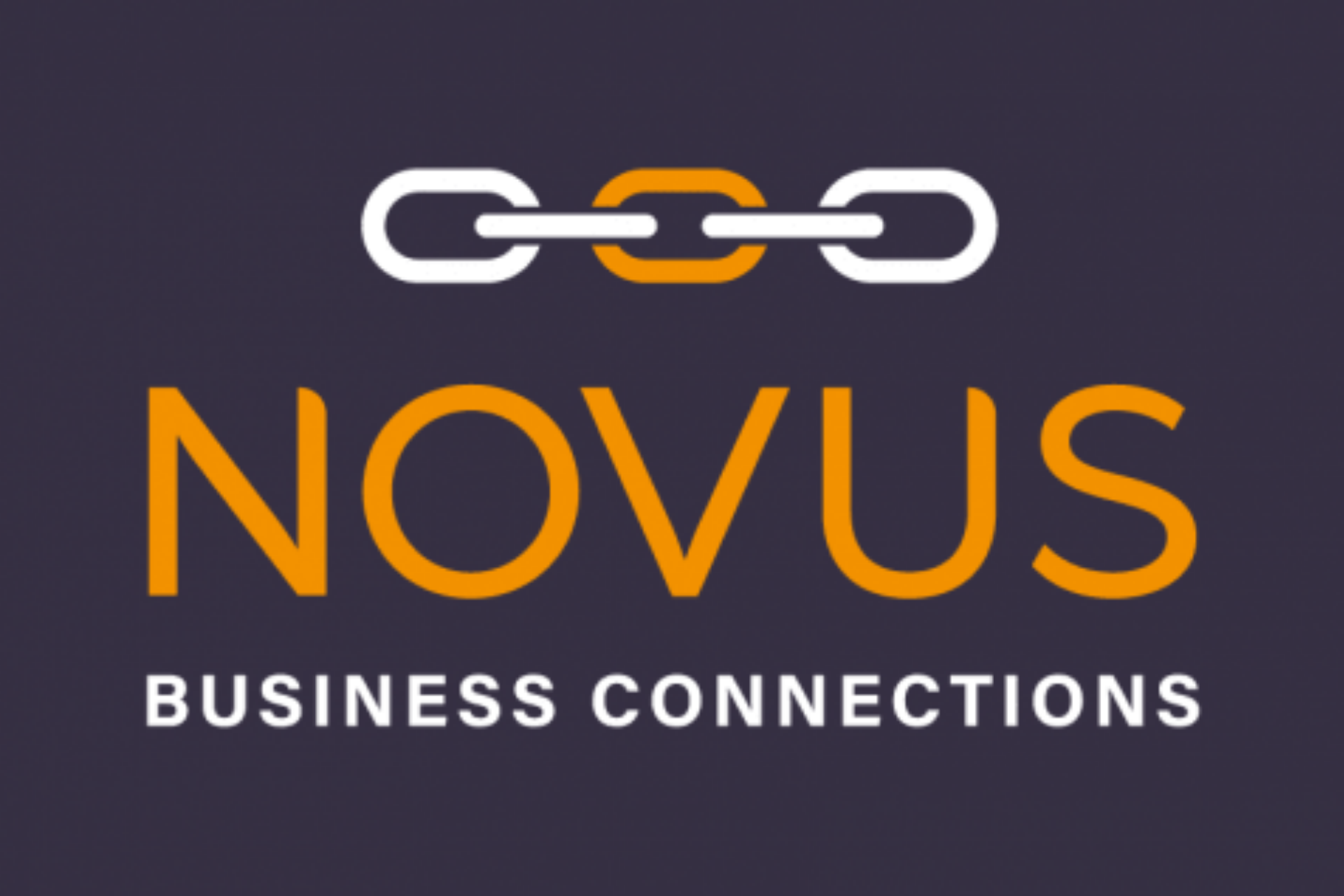 We were chatting recently about what really matters to accountants and bookkeepers, beyond saving time and increasing profits. It was a short conversation. Like us, your clients and prospects are why you do what you do, why your business exists and they’re your future.

Healthy client numbers and client businesses are only part of the picture. What drives the AM users we’ve spoken to is the personalities, ambitions and opinions behind the businesses. The real people you serve each day. So we’ve taken a break from interviewing AccountancyManager users, to speak with their clients instead.

AM’s Jonathan Stobart spoke to Henry Waddilove about his business and his relationship with his accountants, AccountancyManager users Venn Accounts.

In the business of making meaningful connections

Before Novus, Justin Waddilove had an illustrious career as director of sales for the likes of Kingston Smith, haysmacintyre and Moore Stephens LLP. Henry explains how Justin’s experience led to discovering a fundamental gap in the market. “Justin’s role at those firms was to increase the profitability and turnover of the business. So it wasn’t just a case of adding new income into the business, it was making sure that it was profitable work.”

“The gap in the market for us was quality appointments… the return on investment, not the number of appointments which could be completely meaningless”.

“The issue Justin had with all types of marketing but specifically telemarketing was that a partner would attend a meeting and the prospect would not know who they are or why they are there and therefore not be engaged. Neither party, sure of why they were there. That’s two or three hours out of a partner’s day and an expensive loss of billable time for that practice. The gap in the market for us was quality appointments… the return on investment, not the number of appointments which could be completely meaningless”.

Why telemarketing shouldn’t be a dirty word

Henry admits that telemarketing has a bad reputation which, when done right, it doesn’t deserve. “I think accounting practises hate the word sales, let alone telemarketing. That’s partly due to some fairly horrific firms in the history of telemarketing who’ve given it a bad name. People think telemarketing and they think calling a grandmother at 10pm, whereas telemarketing done properly, is all about engaging with the right people at the right time, at a ‘peer-to-peer level, about the right product, service or solution for that prospect.’

“For example, if you’re calling the right size firm about a particular type of audit service, during a particular time, you know you’re going to have a conversation. If you’re calling someone about payroll who doesn’t really need payroll, it doesn’t work. It’s also about selecting sectors and services that will need your services and that generate enough of a return.”

“It all goes back to the quality. Anyone can pick up the phone to book appointments, but spending time understanding both the client and their prospect market, that’s where the quality starts to come in.”

What Henry wants – and gets – from his accountants

Henry and Justin have found the perfect accountancy practice in Venn Accounts. So why did they choose Venn in the first place and why has the relationship remained so strong?

More of his accountancy fee spent on advisory services

Henry begins by citing automation within his accountant’s practice as a key factor in choosing an accountant (yep, that surprised us too.) “One of the reasons we engaged with Venn to start with, one of the biggest benefits, was that they automated bookkeeping as much as possible. So by using Xero, ReceiptBank and AccountancyManager, the bookkeeping services are so automated compared to others, that we can spend our fee much more on advisory.”

“One of the reasons we engaged with Venn to start with was that they automated bookkeeping as much as possible.”

With Venn Accountants using AccountancyManager as their practice management software, Henry has access to his own online portal. Here, he can access, review and sign documents from his accountants. Venn Accountants also use automated reminders in AM to remind Henry and his team to approve things and pay their taxes.

Intelligent use of technology and a shared digital mindset

“When we started the business,” Henry explains, “we needed to work with a firm that would embrace technology and forward thinking, because as a business, that’s the way we work. We’re at the forefront of technology for both ourselves, our suppliers and our partners. We’ve got to be driving that forward because it’s hugely timesaving. So with our accountants, we can spend the time on the advisory side, which is exactly how I want it to work.”

“Using AccountancyManager, we know exactly where everything is. We know what has and hasn’t been signed off and we’ve got all the numbers to hand.”

Henry’s accountant got him onto Xero, ReceiptBank and the AccountancyManager portal – where Henry can access, approve and sign documents. “Using AccountancyManager, we know exactly where everything is. We know what has and hasn’t been signed off, and when we’re having discussions around forward planning, as well as looking back – we’ve got all the numbers to hand.”

“But the numbers can’t just stay as numbers!” Henry adds, “They have to tell you something and inform future planning. So I want to maximise our fee with our accountants on that, not bookkeeping. And that comes from automation, technology and timesaving. For us, that’s huge.”

A deep understanding of his business and market

It seems like a given, but how many businesses can say that their accountants have a firm grasp of their industry and clients? For Henry, this was crucial. “A point that I wanted to flag early is that they’ve got to understand what we do, because without that, the planning, decision making and support we need isn’t going to be as proactive and as detailed as we want.”

“It’s entrenched into our conversations now, that they have an understanding of what we do and what our market does.”

Getting business metrics as quickly as possible is crucial to Henry, so he can work with his accountant to react and plan. “We have a monthly management accounts meeting which we try to do within the first few days after the month has ended. So for us, speed is key. The accountant puts the management accounts on AccountancyManager for us to review and have a conversation about. That’s huge, I don’t want to wait a month to see that.”

“The accountant puts the accounts on AccountancyManager for us to review and have a conversation about. That’s huge…”

Henry has been especially impressed by his accountants’ support this year. “Our accountants have been really proactive in their approach. From the moment that covid became a thing, they were sending client updates via email.” (These will have been bulk emails sent from AccountancyManager, segmented to be relevant to each client.) “Since then it’s been support around payroll, furlough, VAT, cash management, invoice handling… They’ve really shown their true colours and it’s made us closer to them.”

The desire to work specifically with his business

The majority of accountants rely on new clients finding them online, on the highstreet, or by word of mouth. Henry however, would much rather be directly contacted by an accountant that specifically wants to work with him. “It’s probably coming from my background and now Novus, but I’d want a practice to be proactive, out there actually wanting to find me.”

“I’m not saying we’ve got this huge business that’s really exciting for accountants, but I want them to want to work with us. If someone rang me and explained their services and it resonated with me, why would I not want to have a conversation with them?”

Trust and transparency on both sides

“As a business, you have to put a lot of faith in your accountants,” says Henry, “That they’re going to give you the best advice. And I think that comes from not keeping us in the dark about how they get to certain decisions and numbers. It’s really important that the accountant understands their role and importance in our business, it’s huge because they ultimately help us make more informed decisions.”

“I think [faith] comes from not keeping us in the dark about how they get to certain decisions and numbers.”

“You have to have trust from day one, then it has to be built on by the practice. But equally by me as a business owner to make sure that we’re giving the accountant the right numbers as quickly and clearly as possible. And again, because of our process and automation, that’s easy. Trust works two ways and I think sometimes people forget that.”

Originally, Henry worked with the practice’s partner, before moving to an account director and having different specialists step in. “It doesn’t bother me because as long as I’ve got the technology, they can put the right things on the right platform for me to see. And equally I know that they are all up to speed on where things need to be.”

Henry pays a monthly retainer “For me that was an important element of choosing the right partner to work with. I wouldn’t work with a firm if I was charged on a phone call basis. I think it’s outdated and out of touch with what business owners need now.”

“I value the expertise too much to demand huge price cuts. It doesn’t work.”

He’s also happy to pay for quality – as he expects from his own clients. “I never want a race to the bottom with fees because you end up getting completely the wrong type of accountancy firm. For us it’s all about the service level. The same way that we don’t deem to be cheap, but we offer a good service, that’s what I look for with partners. I value the expertise too much to demand huge price cuts. It doesn’t work.”

AccountancyManager from your client’s point of view

Within an accountancy practice, AM is the central hub – like a many-tentacled octopus spinning a variety of plates. So we often underestimate the impact on an accountant’s client. Speaking to Henry, it’s clear that AM plays a much larger role than simply a document and e-signing portal.

“From my point of view, I’m constantly time strapped, I’ve never got enough time. So I end up flying to a management call with about five minutes to spare. I know by logging into AccountancyManager, everything I need is there. When there’s documents that need signing, I know where to go every time.