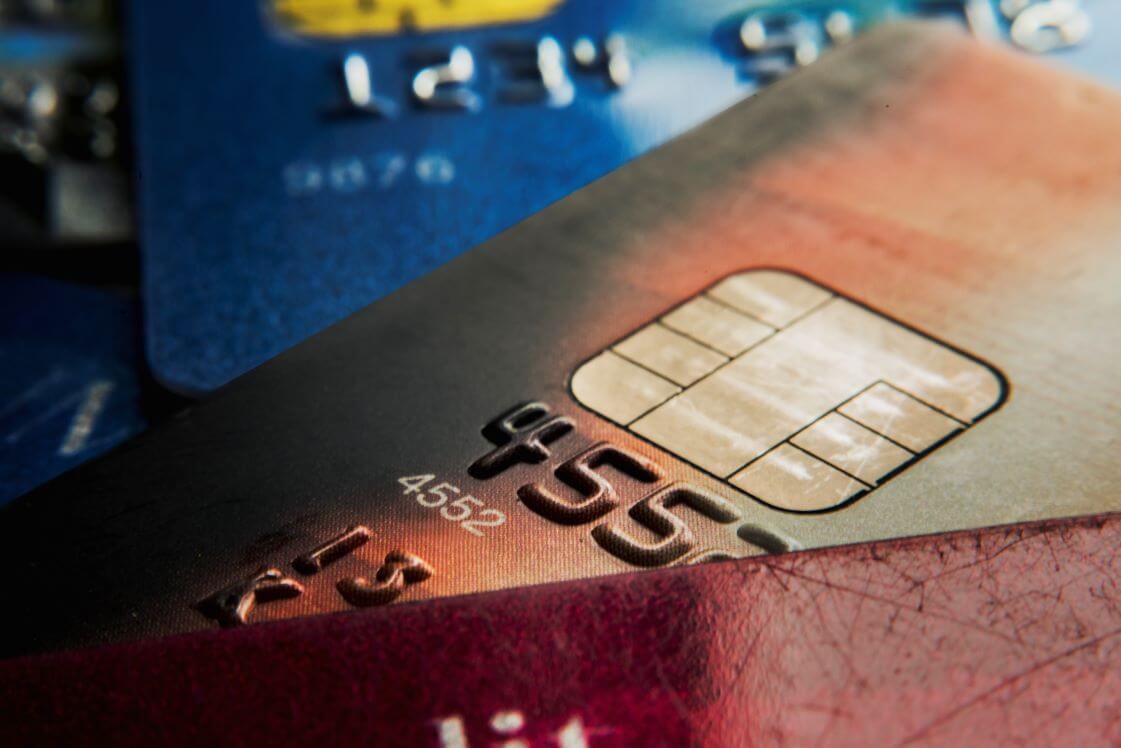 In the first part of this article (‘A dirty business’, Taxation, 29 November 2018), we considered the basic principles of the anti-money laundering (AML) regulations and recognising the circumstances that might indicate suspicious activity. In this we will consider ‘tipping off’, reports and exemptions.

Accountancy and tax practice staff must be properly trained on tipping off, which is covered in paragraph 6.1.20 of the CCAB’s Anti-Money Laundering Guidance for the Accountancy Sector. Similar paragraph references in this article refer to this guidance.

The offence of tipping off is committed when a relevant employee in the regulated sector discloses that a suspicious activity report (SAR) has been made and this disclosure is likely to prejudice any subsequent, current or contemplated investigation into allegations of money laundering or terrorist financing (MLTF).

There are some exceptions at paragraph 6.1.23 of the CCAB guidance.

The AML guidance advises that MLROs may seek advice from a suitably skilled and knowledgeable professional legal adviser or from the helplines and support services provided by the professional bodies (paragraph 6.1.29). A discussion with the National Crime Agency (NCA) and law enforcement may also be valuable, but the guidance warns that they cannot provide advice and are not entitled to dictate the conduct of a professional relationship.

Revealing the existence of a law enforcement investigation or destroying documents relevant to an investigation can lead to an offence of prejudicing an investigation unless the person who made the disclosure did not know or suspect that it would be prejudicial (paragraph 6.1.30).

The guide lays out what should be taken into account by a member of staff when considering whether to submit an internal SAR to the firm’s MLRO – see paragraph 6.2.6 and, usefully, Appendix D as in ‘A dirty business’ (see Taxation, 29 November 2018, page 10).

If in doubt, always report concerns to the MLRO (paragraph 6.2.7) and I would suggest that staff members should have a copy of the appendix in their AML file.

The following information must be included on an external SAR (one made to the NCA) and firms may recommend that similar information is provided in internal reports.

The following should be regarded as essential information.

All external SARs should be jargon-free and written in plain English. It is recommended that reporters should:

The NCA guidance, Submitting a Suspicious Activity Report (SAR) Within the Regulated Sector is very useful. It states that it is helpful to summarise the suspicion and provide a chronological sequence of events. Describe events, activities, the transactions that led to the suspicion; and how and why these arose.

If the suspicion arises because the activity deviates from normal activities for that customer or business sector, it would be helpful to explain this briefly.

The SAR should also answer six basic questions to make it as useful as possible: who, what, where, when, why and how?

When the SAR is finished, check that it includes the date of the activity, the type of product or service, how the activity will take place or has taken place, and explanations of any technical aspects. It should not include acronyms and attachments, simply a reference to what is available and who to contact to obtain it.

According to the NCA’s Annual Report 2017, about 600,000 SARs are made each year. However, in some HMRC could be accused of overkill and giving unnecessary work to the profession. Tax consultants dealing only with HMRC investigation cases have been told that they must make a SAR for every case despite the department’s involvement.

Reporting and the privilege exemption

Members of relevant professional bodies (which are referred to as ‘relevant professional advisers’) who know about or suspect MLTF (or have reasonable grounds for either) are not required to submit a SAR if the information came to them in privileged circumstances – in other words, during the provision of legal advice and acting in respect of litigation. In these circumstances, and as long as the information was not provided to enable a crime (including, of course, tax evasion), the information must not be reported (see POCA 2002, s 330(10)).

The privileged reporting exemption covers SARs only and should not be confused with legal professional privilege, which extends to other documentation and advice.

There is no list of the professional bodies that meet these criteria. If businesses are in any doubt about whether these provisions apply to them, they should consult their own professional body or seek legal advice.
It is strongly recommended that careful records are kept about the provenance of the information under consideration when decisions of this kind are being made. Legal advice may be needed.

The accountancy bodies have given further advice on privilege because the reporting exemption is one of the most complicated aspects of the AML regulations (paragraph 6.2.22 et seq).

Litigation privilege applies to a confidential communication between the adviser and their client or a third party (such as their solicitor) and is made for the dominant purpose of being used in connection with actual, pending or contemplated litigation. Contemplated litigation needs to amount to a real likelihood of litigation, not a mere possibility.

The guidance gives the examples of representing a client, as permitted, at a tax tribunal and when instructed as an expert witness by a solicitor on behalf of a client in respect of litigation. However, the guidance makes clear that audit work, book-keeping, preparation of accounts or tax compliance assignments are unlikely to be ‘privileged’.

Legal professional privilege is the main reason why of documents is and is regarded as a fundamental principle of justice.

Lawyers are protected by professional privilege from having to disclose advice that they may provide on clients’ tax matters. British accountants, unlike their American counterparts I understand, do not enjoy such and are under general obligations to make disclosures to HMRC. In February 2010, the department’s chairman criticised lawyers who exploited this difference to compete with accountants for clients. The suggestion was that instances of law firms saying ‘bring your tax issues to us so we can ensure that HMRC can never get access to them’ would be looked on very unfavourably.

The CCAB has not involved itself in whether is legal advice privilege or litigation privilege; it doesn’t need to. The simple message is that if the information came in privileged circumstances it must not be reported to unless it is information communicated or given with the intention of furthering a criminal purpose.

The ICAEW has provided examples of privileged and not-privileged circumstances and the crime/fraud exemption.

An example of a case in which privilege applies could be when a long-standing client seeks advice on an undisclosed Swiss bank account containing money from undeclared income. The client is concerned about the arrangement agreed between the Swiss banks and HMRC. After the options are explained to him, he is advised to make a declaration to the Revenue.

Clearly, it is now known that the client has been evading tax and has therefore committed a money laundering offence. However, the client approached his adviser about his tax position under the legislation. It does not appear that this information was given with the intention of furthering a criminal offence, so it is covered by the privilege exemption. He must not be reported to the NCA. Having advised him to make a declaration, and explained the consequences, the advice remains privileged even if he subsequently decides not to follow the disclosure recommendation.

Now contrast that with the situation whereby, during the preparation of the client’s tax return, a member of staff encounters a bank statement from the Swiss bank account among the papers supplied by the client. When questioned, the client admits to tax evasion. The same information is received as before, but in a different and non-privileged way. In this a report must be made.

As another example, an adviser is acting for a wife in an acrimonious divorce that is heading for the courts and that she will be claiming 50% of her husband’s assets. In preparing for the hearing, she notifies the adviser of her husband’s undisclosed Swiss bank account and supplies full details. She wishes to claim 50% of that as well.

Although this appears to be covered by litigation privilege, her intention in providing the information is to acquire criminal property (half the money in the Swiss account). This would fall under the crime/fraud exemption, so would not be privileged and a report would be required.

Someone worried that they may be guilty of tax evasion can still seek legal advice from a tax adviser without fear of the exception being invoked. This remains true even when, having received the advice, the person declines a business relationship and the adviser never knows whether the irregularities were rectified. However, if that person’s behaviour leads the business to suspect the advice has been used to further evasion, then a SAR could be required.

It’s not easy – so take legal advice as necessary and read the CCAB guidance.

The use of suitable letters of engagement may smooth the way to enabling information to be obtained to satisfy the AML regulations. And use of an electronic customer due diligence identification tool and initial and regular risk assessments may make life easier. Further, advisers should ensure that their staff are properly and regularly trained and that they fully understand:

Many risk assessments may conclude: ‘No unusual activity, no indication of asset or means issues, low risk.’ But get used to making SARs despite the online process not being ; the paper form is unwieldy and slow.

Do not think no one is paying any attention to SARs. One example from the NCA’s 2017 annual report confirms that SARs assisted in an investigation into a subject who had concealed monies that should have been paid to creditors. The SARs, together with other evidence and intelligence, enabled the investigator to make the links between the suspect and a relative who owned a bank account that was being used as the suspect’s own. Large amounts of monies were found to have been deposited in that account and a confiscation order for more than £2m was made.

In another case, an adviser wished to end a relationship with a client because there was suspicious activity on an account. This consisted of third-party transfers funding large cash withdrawals, extravagant expenditure and large payments. A money laundering investigation began because several SARs suggested that the client was operating a dating website scam. The subject received a prison sentence for offences of fraud by false representation and a confiscation order for more than £160,000.

The National Risk Assessment of Money Laundering and Terrorist Financing 2017 found the key risks in the accountancy sector to be:

Firms that do not operate AML procedures properly are in danger. Clearly, more consideration should be given to making SARs if some accountants are not making any. However, with careful organisation, it is possible to ensure that AML regulation does not take over the firm and affect fee-generating work while still complying with legal responsibilities and helping the authorities catch criminals. Advisers should not risk becoming a supervision report statistic, losing businesses they have worked hard to build up and having to defend themselves against a money laundering prosecution.